The 2015 election was by mail. Being a traditionalist, I decided to put off voting until election day anyway. The news report I heard about the election said that we had to mail the ballot by 11/3.

When I went to fill out the ballot, the envelop said I had to mail the ballot prior to the 3rd.

Oops. So, made a last minute dash to the nearest polling place. The polling place was a trash can size container outside the Millcreek Police Department.

Anyway, I put my and some family member ballots into a slot on the trash can size thing ... feeling that maybe I had just thrown my vote away.

The only item on the ballot this years was a question of whether Mill Creek should be organized as a city or as a strange thing called a municipal service district with Copperton, Kearns and White City and other locations. Regardless of how I voted on this issue, a band of crooks will get their hands on tax dollars. Ironically, I decided to vote for Mill Creek to become a city because three cities would be smaller than a huge municipal district, and I like things to be small.

The second vote was about a sales tax increase to expand transportation. The ballots I put in the slot cancelled each other. One was for the increase the other against.

Quite frankly, I suspect that most of the votes from this household simply cancel out each other. Being the first election by mail in the area, this is the first time I know for certain what others voted.

Voting by mail is convenient. But I love the privacy that voting in a booth gives. If voting by mail became the norm, I fear that political bosses would start sending out activists to pressure voters. 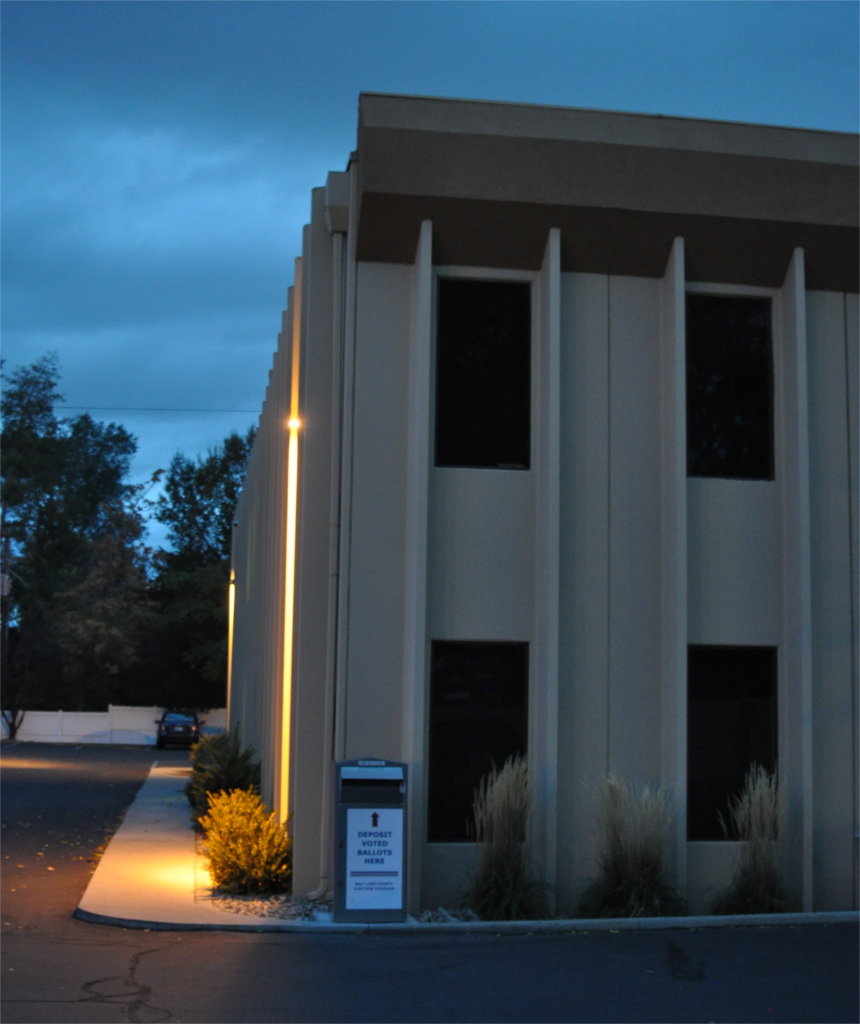 Anyway, I put my ballot in a trash can and felt I threw my vote away. I understand that next year Salt Lake will experiment with a new liquid ballot. These we will place in a commode shaped receptacle. To vote we will pull a handle and flush.
Posted by y-intercept at 1:38 AM