The primary question is whether Republicans want a top-down structured economy or a bottom up organic one?

During the Tea Party, there was a brief glimmer of hope that Republicans would opt for the bottom up economy.

During the presidential primary, however, we find that the voices for a small organic market shoved aside while Republicans nominate the architect of government controlled health care.

I've been following election returns carefully and making county by county comparisons to databases of LDS Church membership. It appears the LDS church is voting as a political machine.

We should ask if this political machine has a top-down economic view or a bottom up vision for America?

I think we can answer this question by looking at the organization and actions of the LDS Church itself.

Internally, the LDS Church has a tightly controlled top-down political structure. Every member of the Church has a neatly defined place in the hierarchy. The Church has well defined positions for each person. Males are given the title "priest" when they are relatively young. They go on a mission, an act which affects one's career and political life. People get other titles like "bishop," etc..

In many Utah companies, people seem to get a promotion when they become a Bishop. I have personally suffered under incompetent managers who got their job on being named "bishop."

The LDS Church, from its inception, has been active in politics and business.

The LDS Church pioneered a business model in which a politically connected group takes out a massive capital position to dominate the local commercial sector with a department store.

Department stores are a top-down business model. This model stands in contrast to the Main Street model with independently stores, lining a main street … each store working on a different niche of the local market.

In recent history (by recent, I mean last week) the LDS opened up its latest business center called the City Creek Center. This is a 20 acre open air shopping mall at the defined center of town. The two story mall cost $1.5B and is part of a $5B mixed use project. Pretty much all of the stores in the mall are national chains.

I confess, I was completely dazzled by the store when I walked through it last week. I love that there is a little fake creek running the length of the store. Yet, I was dismayed that I didn't find any funky new independently owned shops. Pretty much all of the stores listed in the directory are national chains.

I see two distinct paths that a market can. The free market path has a large number of indpendently owned businesses with each small business owner seeking to maximize a little piece of the business puzzle, or there is the top-down controlled approach in which large politically connected players dominate the entire market. Some call this second approach crony-capitalism, others call it fascism. Regardless, the actions of both Mitt Romney indicate that the political machine behind Romney holds to the top down vision for America. 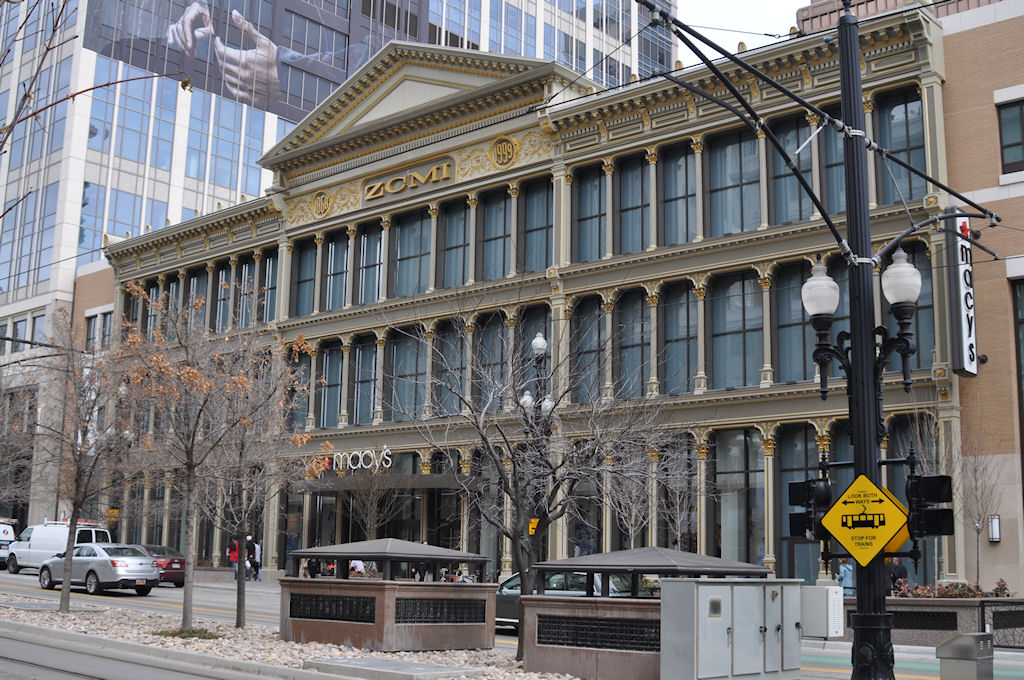